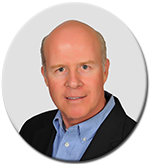 Great song by Barbra Streisand from the movie Funny Girl in 1964, and yes, I’m one of them — I need people. Why? Because we need strong people to build a strong organization. We started with just a few people in 2009 and now have more than 130. We try not to hire in our own likeness because a diverse set of opinions and perspectives, when teaming together, will create a better product and service.

Aside from skill sets, when thinking about our work organization, the question is, “What kind of people do we want?” At Invoice Cloud we base our recruiting methods on a book titled Who by G. H. Smart and it provides a very solid hiring prescription to help us successfully recruit A players. An A player is defined as someone who can produce in the top 10% of peers in a certain profession. I am frequently asked what I look for in an employee. Instead of boring you with what the Who book describes, I’m going to bore you with the three main characteristics that I look for in Invoice Cloud candidates.

1. Unsurprisingly, my number one ingredient for success is hard work. Consider two employees of similar skill sets, with one working 40 hours a week and the other working 48 hours a week. The extra 8 hours per week may not sound like much but it is 20% more than the other. If it were interest on a bank deposit, it would be the equivalent of 6% interest instead of 5% interest. When compounded, that extra 20% makes a big difference on the bank account but the difference can be even bigger between employees. Let’s say the two employees started on the same day. At the end of one week, the harder worker has 20% more experience than the other, and is therefore slightly more qualified to take on a tougher assignment that might come up. At the end of the second week, the harder worker has added 20% more to the already added 20% so that at the end of the first year, the harder worker is much more experienced in position than the other employee – and is likely already off to the races advancing up the ranks.

2. I like a company with many competitive people because they like to win. Being competitive doesn’t always drive someone to be a harder worker but it frequently does. When the going gets tough, the tough get going and all that stuff. We aren’t looking for loud obnoxious combative types, as quiet, competent competitors are great and don’t disrupt. While we try to add staff that are competitive by nature, especially on the sales team, we have to be careful not to bring in people who are so competitive that they withhold information or work against a colleague to win. This leads me to the third driver.

3. Collaboration. Collaborative teammates enjoy winning as a team, not as individuals. It is important to find people who appreciate team wins more than their own personal victories. Those who have to win personally, at the demise of fellow colleagues, are frequently cancerous to organizations and need to be turned around or turned away.

So, there it is. In my opinion, hardworking, competitive collaborators create winning teams. We constantly recruit for new winners who can improve our functional areas to support continued growth with happy clients. For example, we will be adding considerable depth to the Client Services team over the next twelve months. There is no end in sight, but our team is up to the challenge that comes with high growth.

Comments or other opinions? Please feel free to let me know at bbennett@invoicecloud.com.