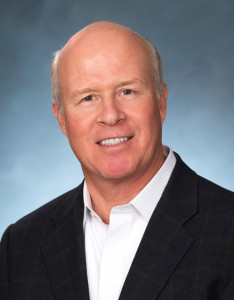 Remember the song, Ramblin’ Man by the Allman Brothers? That’s me in this column – a Ramblin’ man as I touch on things that I hope will be interesting to you. First, let me thank you for your business and/or partnership. In this issue, “time” is on my mind. When I was in my twenties I played squash for exercise and competition. One night on my way into a squash match, I met a young man about the same age in the parking lot and we struck up a conversation that forever changed my perspective on life and time.

This young man said I looked like a competitive person and I told him he was correct. He asked if I thought I was really good, like at the very top, of anything meaningful. As I paused to consider the question, he elaborated by saying, “Do you realize that there is always someone faster, someone more coordinated, someone smarter?” I admitted that I had not considered that but agreed that it was probably true. Then he shifted on me by asking if money was important to me. I said, “Yes, money is very important and I have set some significant financial goals for myself.” He asked me what was most important in my life and I answered honestly, “that family and money were the most important things in my life.” That changed for me during this conversation.

He said that he had felt similarly at one time but had an older mentor who had explained that “time” is really the most important thing in life – and it isn’t even close. As a 26-year-old, I wasn’t terribly concerned with my mortality or time in general – and I’m sure that skepticism showed on my face. After all, most of my life was still ahead of me. But then he made the key point, “You can always make more money but you can’t make more time.” And there it was in a nutshell. One can recover from losses, financial or otherwise, from errors in judgement, from family rifts, etc. but lost time is gone forever. The most critical decision we make every day is how we use our time – and the best way to use time is on what makes us happy. He suggested I think of myself in the context of the world’s population and the universe. How important was I in the broad spectrum of time and humanity? I had to agree that my life will most likely be like a spec of sand on an eternally long beach, and I realized then that how I use my time is where I should focus.

Ever since then, I’ve been more focused on using time wisely but have never stopped enjoying family, friends and life. Realizing that life was too short to dwell on negatives has helped to keep me positive. I probably became less casual and definitely got used to less sleep, I became more focused on trying to accomplish something and I picked up the pace. Meeting my wife Martha and building a family together has been the highlight of my life. Our children Melissa (27), Ted (25) and Max (21) have given us great joy and, of course, some challenges. When they were in their teens, I explained this concept of “time above all” to each of them. Without thinking about how this might impact them, I felt it was important for them to understand at a relatively early age. I wonder now if it was the right decision because the last thing I wanted to do was rob someone of his or her youth in any way. Would realizing that time is by far our most important asset while still teenagers create too much angst in our offspring? Hopefully not because it’s done. I suggested that they need to think about what makes them happy and put their time towards that pursuit. I explained that, for me, being productive, creating successful businesses and forming positive relationships are things that I enjoy – but that they should pursue what makes them happy. So far, all seems to be OK. Happy Spring!