Bob’s Ramble: Resilience, When All Else is Lost… 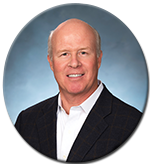 We all have resilience and it is an important quality in the workplace. In start-ups and small businesses, many argue that it may be the most important employee quality. It can be argued that resilience is just as important in large organizations.

Let’s start with a definition: resilience – the capacity to recover quickly from difficulties; toughness. Sounds right. Can you think of someone who has suffered real hardships without faltering? I recently lost my father-in-law to complications from surgery. He was 86, had fused ankles in both legs for most of his life, had two knee replacements, one kidney because the other was removed due to cancer, a pacemaker, had suffered a heart attack and a stroke. And somehow, you never, ever, saw him as anything other than “a force.” When he walked into a room full of people, his head was on a swivel sizing up the group, seeing who he might already know and evaluating who was who. As direct as sunlight on a blue-sky day, he was well known for telling it like it was. Living with some pain or having a “chip” provides many high achievers with an edge.

As a “novice” student of human nature, it makes me look at people who have overcome adversity in a very positive light. Why is it that two people with similar severe hardships can react so differently to those hardships? Attitude is a common answer, but it doesn’t hit the root of the issue: the key is what makes attitude different for different people? Of course, there are thousands of factors at work to create someone’s attitude and propensity for resilience but are there a few things which we can observe that highly resilient people have that others may not? Yes, according to the Emotional Intelligence book, Resilience published by the Harvard Business Review. There are three building blocks that are common among those who have shown great resilience:

For me, this points out the importance of facing the true realities of our situations, particularly the downside possibilities. We have a simple saying around Invoice Cloud, “May all your surprises be happy ones.” This speaks to our philosophy to try and prepare for the worst and accept positive events as the serendipity they are. Patting ourselves on the back takes time we could be using to prepare for the next storm. Celebrate the wins – quickly – and move on to prepare for the next challenge.

Wow, certainly makes my struggles seem pretty small. Guess we all should be finding meaning in our lives because we are definitely going to find adversity that meaning can help us overcome.

When something needs doing, resilient people get after it, with the tools at hand and in collaboration.

Hoping that you, your family and your teams recognize and nurture resilience in whatever ways make sense to you!